Using the same process as I used for the Fair Isle Reels (https://martinpeccles.com/sound-works/4-reels-for-fair-isle/process/) I created four sets of four sites based this time on Northumberland – the score is below. 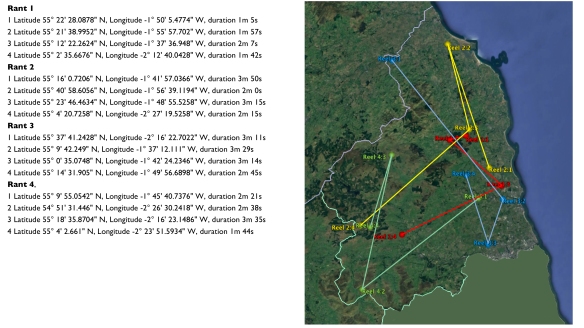 I visited each set of four – termed a Rant after the traditional Northumberland dance tune – in sequence during one day and recorded my walking to and from the site as well as the recording at the site for a randomly determined time (of up to four minutes). The rants were played in sequence each through a single speaker of a four-channel installation, located in a stairwell.

Contemporaneous notes were used to compose poems – at https://martinpeccles.com/poems-walk-texts/four-northumbrian-rants/ 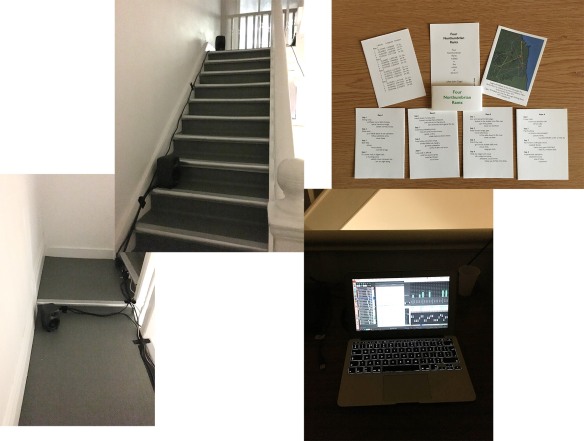